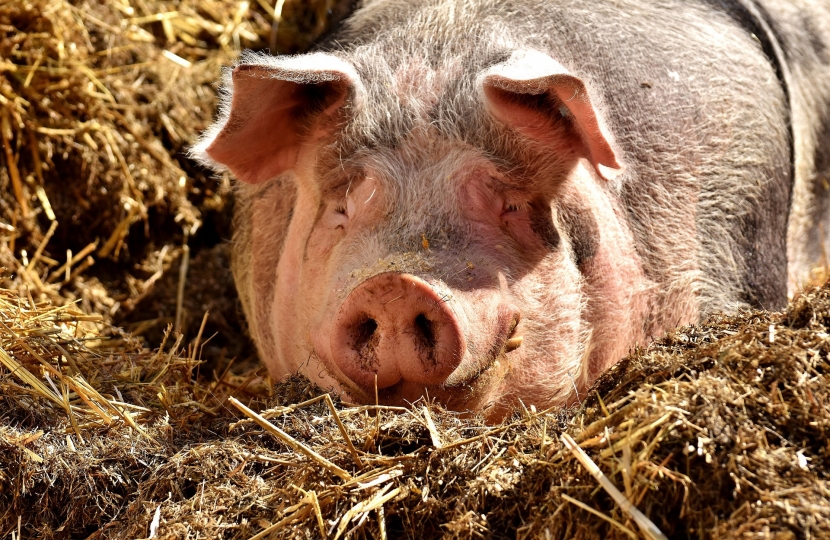 Thank you for contacting me about live animal exports.

All animals deserve to be respected and cared for at every stage of their lives. The UK has some of the highest animal welfare standards in the world, and I am pleased that my Party’s General Election manifesto included a commitment to take early steps to control the export of live farm animals for slaughter once we leave the European Union.

I welcome the six-week call for evidence launched by the Environment Secretary, Michael Gove, on improving animal welfare in transport and controlling live animal exports. The Farm Animal Welfare Committee has also launched a review into the existing welfare standards for animals during transport.

The call for evidence lasted six weeks and sought views from across industry, charities and the general public on how the Government might raise standards of animal welfare during transport. I look forward to hearing of the next steps.

Although much of the discussion to has focused on the export of live animals for slaughter, I am assured that all options for future improvements in this area are being considered. I hope those supporting a ban on the export of animals for fattening took the opportunity to respond to the call for evidence and make their views heard.

Acting on live animal exports forms part of the Government’s programme of reforms to cement the UK’s position as a global leader in animal welfare as we leave the EU, and deliver a Green Brexit. Other measures include making CCTV mandatory in slaughterhouses, increasing the maximum sentence for animal abuse from six months to five years and writing the principle of animal sentience into UK law.