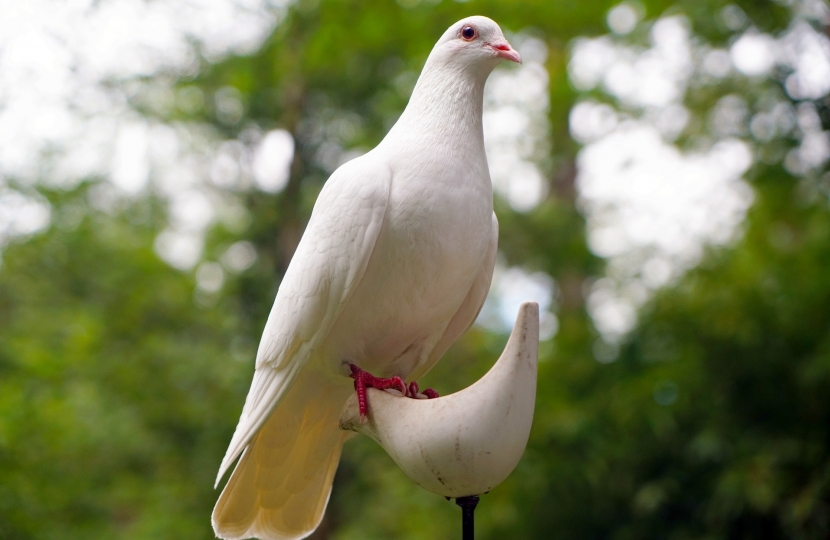 I was pleased to be able to attend the launch on the 16th of January and find out information about the campaign.

It is worth noting that a century ago, 20 percent of people in the Middle East were Christian. Today the figure is below 5 percent. Across the world, about 245 million Christians suffer persecution according to the latest statistics from Open Doors, and reports suggest that Christians are the victims of 80 percent of all acts of religious discrimination. I am therefore encouraged by the recent announcement from the Foreign Secretary, Jeremy Hunt, that the Bishop of Truro, the Rev'd Philip Mounstephen, will be leading an independent review into our response to the persecution of Christians abroad.

Freedom of Religion and Belief (FoRB) continues to be a priority for this Government. The UK's multiple overseas programmes are an important part of the UK's work on this issue. This includes raising concerns over provisions that are being used to limit the freedom to adopt, change or practise a religion around the world. I was encouraged to learn that almost £1 million of funding has been allocated to pursue the Government's freedom of religion and belief policy objectives through the Magna Carta Fund for Human Rights and Democracy.

I can assure you that the Government will continue to defend the fundamental right of religious freedom, alongside its commitment to promote and defend human rights more generally. The Foreign and Commonwealth Office has recently reissued its toolkit on FoRB to all of our overseas embassies and missions across the world and encouraged them to promote and defend this important human right. Additional funding of £12 million has also been made available through UK Aid Connect, to work with faith groups, NGOs and academics to promote religious diversity and help countries worldwide embed FoRB policies alongside poverty reduction and development.

The UK acts both multilaterally, through institutions such as the UN, striving to build and maintain consensus, and bilaterally, though the UK's diplomatic network to address the persecution of religious minorities.

I am encouraged that the persecution of Christians abroad is high on the Government's agenda via its project work and work at a bilateral and multilateral level and I look forward to the outcome of the independent review into the UK's work on this announced by the Foreign Secretary.

I share your concerns about the non-violent persecution of Christians abroad.