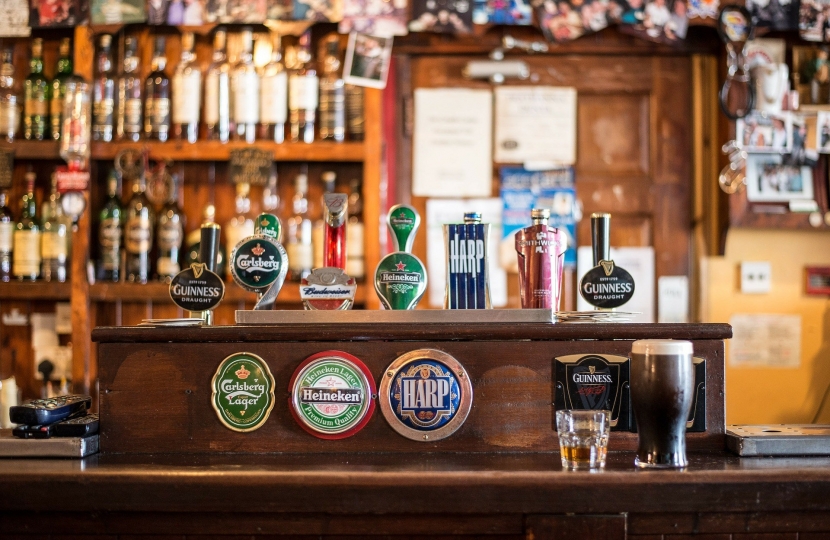 As announced at the 2018 Autumn Budget, duties on beer, cider, and spirits have again be frozen. This year, the price of a typical pint of beer will be 2p lower than if prices had risen with inflation; the price of a pint of cider will be 1p lower; and the price of a bottle of Scotch whisky will be 30p lower. This follows the removal of the beer duty escalator in 2013 and the unprecedented cuts and freezes in beer duty since then, as well as the removal of the duty escalator for spirits, wine and cider in 2014.

I am pleased that the Government was able to deliver this, in order to support our great British spirits distilleries, our cider producers, our brewing industry and our local pubs. I support the fact that the Government is continuing to look at ways to improve the system of alcohol taxation, to ensure it helps to tackle binge drinking without unfairly penalising responsible drinkers, pubs and important local industries.

I also recognise your concerns regarding the decision to increase wine duty at the Autumn Budget 2018, but the duty remains far lower than it would have been without previous Government support for the wine industry. The removal of the wine duty escalator meant that in 2014 wine duty rose only by RPI inflation, 2 per cent lower than the previous planned rise. Wine duty was then frozen in 2015, to support the UK's growing wine industry. The tax on a typical bottle of wine is expected to be 16p lower than it otherwise would have been, since ending the wine escalator in 2014.

I welcome that the numbers of small brewers have increased significantly in recent years, from just 400 in 2002 to around 2,000 at present. I recognise that small brewer's relief has really helped the growth of the industry but that there are also some concerns about how the relief works. That is why I welcomed the announcement at the Autumn Budget that the Government will review the current Small Breweries' Relief to ensure it is supporting growth in the sector.