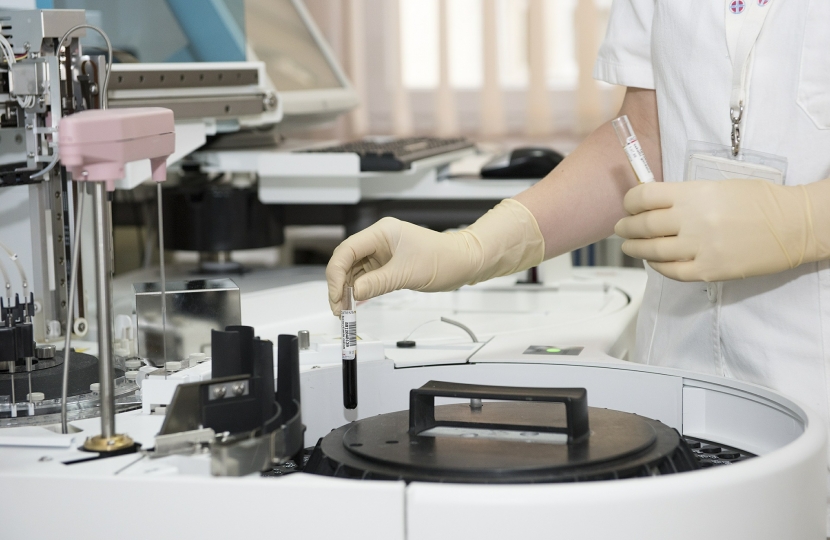 As the second leading cause of cancer deaths, please allow me to reassure you that tackling bowel cancer remains a key priority of the NHS.

With five-year survival rates for bowel cancer now at 59 per cent, up from just 24 per cent in the 1970s, I welcome the great progress which has been made towards improving outcomes for patients with this type of cancer. That said, more remains to be done and I am encouraged by recent action taken to improve early diagnosis of bowel cancer, a key aspect of fighting the disease.

Currently, a one-off bowel cancer screening test is available for over 55-year olds, while those aged between 60 and 74 are automatically invited to perform a home test every two years. I am encouraged that a new, easier to use, more accurate home test kit is being introduced across England this autumn, which is expected to increase participation in these home tests by 7 per cent. Moreover, I was delighted by the Government's recent commitment to lower the age restriction to ensure all those aged 50 to 74 are offered these home tests every two years. This will help to detect the stages of bowel cancer much earlier, and I am glad that work is now underway to determine how best to achieve this aim.

These measures form just part of the NHS's ambitious wider strategy to improve cancer outcomes and save 30,000 lives per year by 2020. Following the announcement of a £20 billion real terms increase in the budget of NHS England, I am more confident than ever that the cancer strategy will achieve this aim.

I am encouraged that £882 million has been spent on cancer research since 2010 through the National Institute for Health Research, with annual spending on cancer research up by over £35 million since 2010. I also recognise the indispensable contribution made by charities in driving forward research into cancer, with Cancer Research UK alone spending £42 million on bowel cancer over the last financial year.

Following recommendations from the independent Cancer Taskforce's strategy for England, and the UK National Screening Committee, the Government has decided to roll out faecal immunochemical testing for haemoglobin (FIT) for the home testing kit. With FIT easier to use than the current test, pilot work has shown that FIT will increase the proportion of people taking part by around 7 per cent. FIT is also more accurate in detecting potential cancers, and is expected to be rolled out across England in the autumn and in August, the Government announced its intention to reduce the age limit on home tests for bowel cancer to 50. Work is now underway to consider how best to achieve this aim. The Government has also announced that this alteration will not affect the roll out of FIT, which will be offered to all aged 60 to 74 as soon as possible, expected in the autumn.