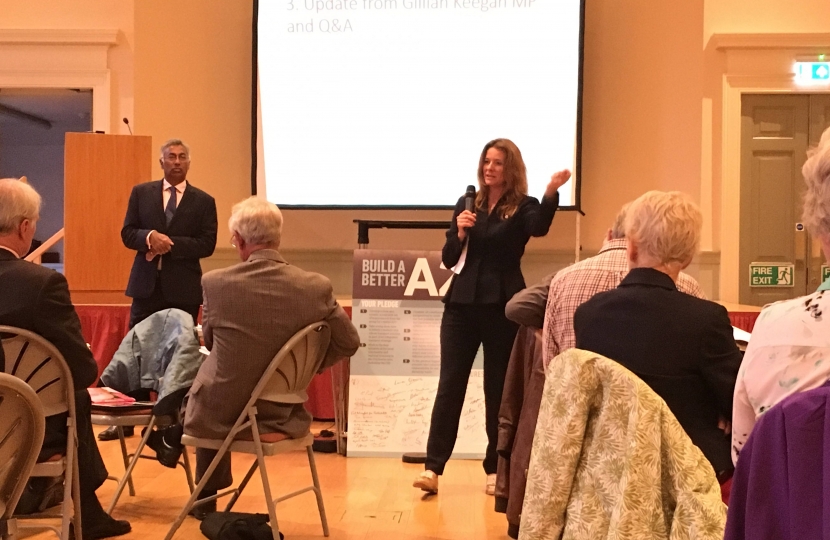 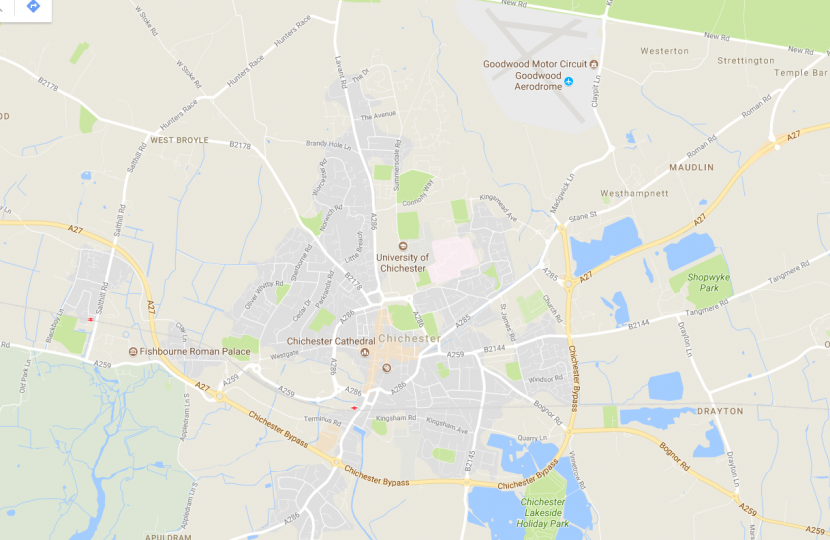 The proposed improvement scheme for the A27 has been a contentious subject amongst constituents. Following the Build a Better A27 groups two options of a mitigated northern option and a mitigated southern option, being rejected by Highways England project funding was lost.  Gillian has been working to get the money back for Chichester. Without funding, no large scale improvements can go ahead therefore it has remained a top priority for our MP. In the short period since her re-election in December 2019, Gillian has held several meetings with the Secretary of State for Transport, Grant Shapps, the Chief Executive of Highways England, Jim O’Sullivan, and the Road Minister, Baroness Vere, where she made the case for Chichester and its residents.

During the budget in March 2020 the Chancellor of the Exchequer, Rishi Sunak, announced the largest ever road investment of £27bn. This will include the A27 Chichester bypass which will again be receiving the funding necessary to get the initial A27 improvement scheme up and running again.

In all her meetings with HE, Gillian also asked for reassurances that, unlike previous consultations, the planning process will be transparent and open to community scrutiny. Our MP has been given assurances that HE officers will be on hand to explain reasonings and justifications for design options and choices.

The A27 has been a top priority for Gillian since becoming Chichester’s MP in June 2017. She supported both councils and the community through the Build a Better A27 group and has been raising our need with the Department for Transport from day one in the job.

When Gillian was made aware of the pending announcement she said, “I couldn’t be happier that Chichester’s voice for improvement has been listened to by my colleagues in the Department for Transport.

We all know how desperately we need to improve the current situation on the A27, which is causing worsening air quality and quality of life, as so many of us spend hours sitting in endless traffic jams.

Getting the funding our community needs means we’ve passed the first hurdle. It is now up to the community and local authorities to reengage in this process, with Highways England, to find a solution that is affordable, viable and most importantly improves congestion.”

National Highways are currently inviting interested stakeholders to contribute to give their views and opinions on future investment opportunities.

Gillian is urging constituents to share their feedback if you have not already done so.

We face significant challenges locally to balance the need to provide more homes with protecting our natural environment and existing communities. To dive into these issues, last week I held the Chichester Community Conference.

Follow up questions/from the live chat - some answers are still pending...

Why has CDC not produced a 5 year plan?
Is CDC supportive of community land trusts?

Chichester’s MP, the district council and county council have welcomed news that the A27 Chichester Bypass major improvement scheme is included in a list of projects to be developed for possible future funding.

Chichester’s MP has given the city new hope for A27 funding after Wednesday’s budget.

Gillian Keegan is confident she will secure funding for the development of potential schemes for the A27 in the government’s road investment strategy budget two (RIS2) that runs from 2020-2025.

The Department for Transport has provided the following answer to your written parliamentary question:

Question:
To ask the Secretary of State for Transport, what steps his Department is taking to improve the road network in England.

Chichester Observer: Busy Year Ahead Across the Constituency

Happy New Year to you all and I wish you and your families the very best for 2020.

MP driving forward with plans for A27 - Chichester Post

Chichester’s MP has met with the Transport Secretary to get the wheels rolling on the A27.

Gillian Keegan discussed the A27 improvement scheme with the new Secretary of State for Transport, Grant Shapps.

Solution is needed to solve A27 congestion - Chichester Observer

Recently I attended a meeting with the new Secretary of State for Transport, Grant Shapps, to discuss the Chichester part of the A27. Sadly, our meeting was cut short as he was needed to help with the emergency repatriation of British citizens following the collapse of Thomas Cook.

Gillian has met with constituents and businesses through the Community Workshop Programme organised by West Sussex County Council and Chichester District Council.