MP driving forward with plans for A27 - Chichester Post 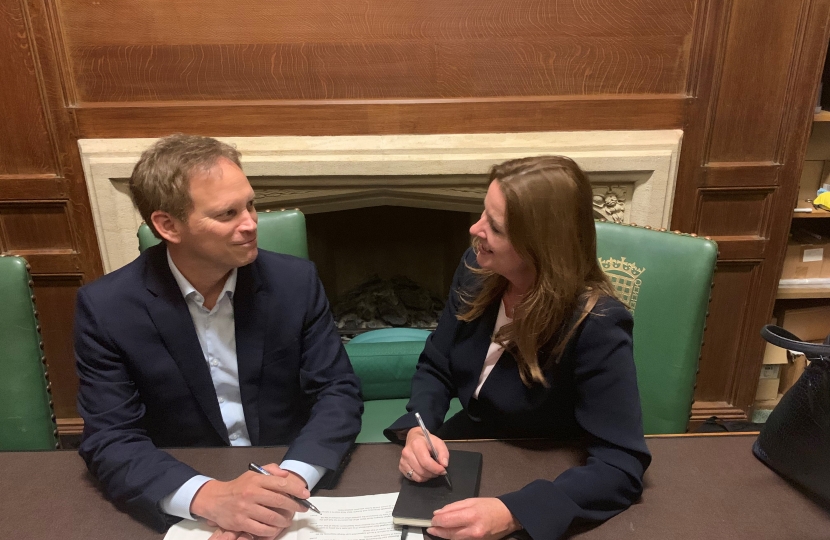 Chichester’s MP has met with the Transport Secretary to get the wheels rolling on the A27.

Gillian Keegan discussed the A27 improvement scheme with the new Secretary of State for Transport, Grant Shapps.

Mrs Keegan pressed for a solution to this long-standing issue which has made little progress since previous suggestions put forward by the community were rejected by Highways England as either unviable or unaffordable.

The Transport Secretary had to cut his meeting short as at the time he was called away to handle the collapse of Thomas Cook – which instigated the largest peacetime repatriation of British citizens in our history.

Mrs Keegan is working to secure funding for an all options consultation that includes both a northern and southern route to ensure a transparent process, that can deliver a workable solution that the community supports.

“We need a solution to this long-standing problem which severely affects our daily commute, local economy, environment and at times our sanity.

“I am committed to ensuring we get funding so that this process keeps moving with the community at its centre. I am working to secure funding for an ‘all options’ consultation so a scheme for Chichester can benefit from the further £25 billion the Government has announced it will invest in our roads.

“I am determined that our needs in Chichester are heard by those at the top of government.”

Back in February, Mrs Keegan agreed to urgently seek a meeting with the Minister of State for the Department of Transport to ask for funding for the A27.

The letter rejected both ‘Build A Better A27’ (BABA27) concept options for the A27 Chichester, including the preferred mitigated northern route supported by both councils.