Thanks to all offering help to Ukrainian people- Chichester Observer 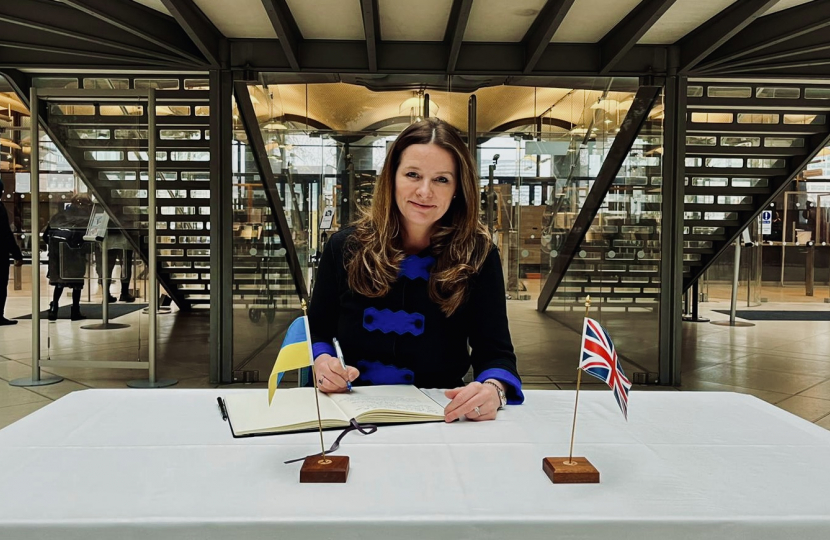 Russia’s illegal invasion of Ukraine has broken decades of peace in Europe. It has been truly heartbreaking to watch a democratic, free country suffer at the hands of such naked aggression.

The UK has stood beside the people of Ukraine responding, alongside our allies, by imposing the largest and most severe package of sanctions that Russia has ever seen, hitting hundreds of companies and oligarchs at the heart of the Russian economy with asset freezes worth many hundreds of billions of pounds. In addition, our government has played a key role in rallying more cautious nations into taking tougher action, for example, in removing Russian banks from the SWIFT financial system.

This coordinated package is dealing a severe blow to Russia’s economy, already crashing the rouble, and bringing about record inflation. This week we are also bringing forward legislation via the Economic Crime Bill which will create a register of overseas entities, broaden the scope of Unexplained Wealth Orders to target corrupt elites, and strengthen our ability to take action against sanctions breaches. On Monday we also introduced our Corporate Transparency and Register Reform White Paper – delivering comprehensive reform of Companies House. This legislation will help to crack down on economic crime – preventing foreign owners from laundering their money in the UK’s property and financial sectors.

Collectively these measures mean Russia is seriously paying for Putin’s aggression and will likely be suffering for some time to come.

We’re also continuing to support Ukraine with £80 million of further humanitarian aid providing vital medical supplies, bringing the total amount of aid pledged to Ukraine this year to £220 million. On top of this, we are welcoming the extended family members of people who are settled in the UK to join them, providing a route for Ukrainians fleeing disaster, war, and persecution to come here.

Militarily, we’re supporting the Ukrainian Armed Forces, training over 22,000 soldiers, and supplying a range of military aid including items like anti-tank missiles. The impact of this support has been seen in the stalwart defence that has been put up against the Russian invasion.

I want to thank everyone locally who has been providing aid and donations to support people in Ukraine. If you’d like to help, please do so with a registered UK charity.

My thoughts and prayers remain with the brave people of Ukraine, and with the men and women of our Armed Forces who are posted in bordering NATO countries.

The people of the United Kingdom are standing with Ukraine. Across the country, everyone wants to do their bit to support those who have been forced to flee their homes because of the conflict. Here is how you can help

CHILDREN ON THE EDGE