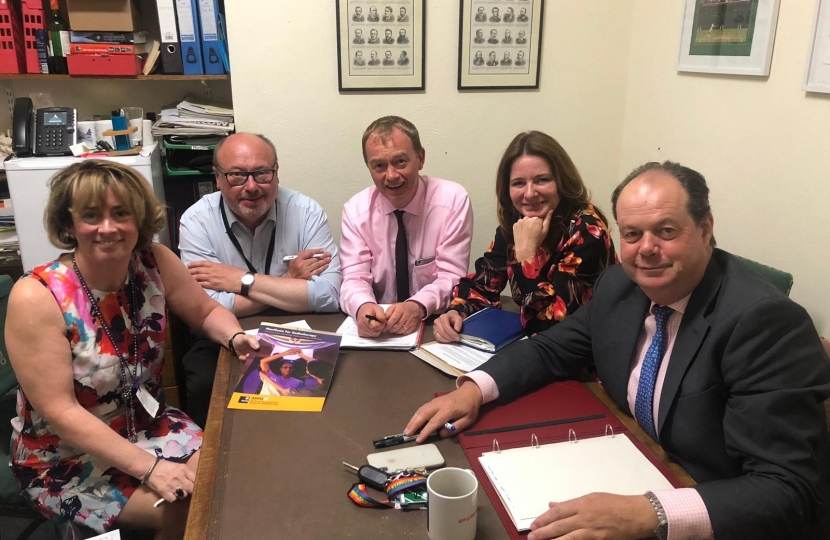 The Member of Parliament has been working to secure a linac machine, used in radiotherapy treatment, at St Richard’s Hospital as well as to improve services nationally. To achieve this Gillian co-founded the All Party Parliamentary Group for Radiotherapy along with Tim Farron, former leader of the Liberal Democrats, and Grahame Morris, Labour MP for Easington.

The three met with the Minister of State for Health, Stephen Hammond MP to discuss some of their key concerns with the current services. The Minister listened closely taking on board all the issues raised. He informed the group he will be investigating many of their points and will respond in due course.

The Minister also suggested the APPG continue to work with the Department for Health and Social Care and encouraged MPs present to also speak to Seema Kenedy MP, Parliamentary Under-Secretary of State for Public Health and Primary Care, who is overseeing the UK cancer strategy.

After the meeting, Gillian said, ‘I am very grateful to the Minister for his time. The meeting was very productive and we covered a lot of ground. The Minister listened carefully to our concerns and I look forward to hearing from him on many of the points raised.  My colleagues and I will be reaching out to the Minister for Primary Care for a meeting in due course.’