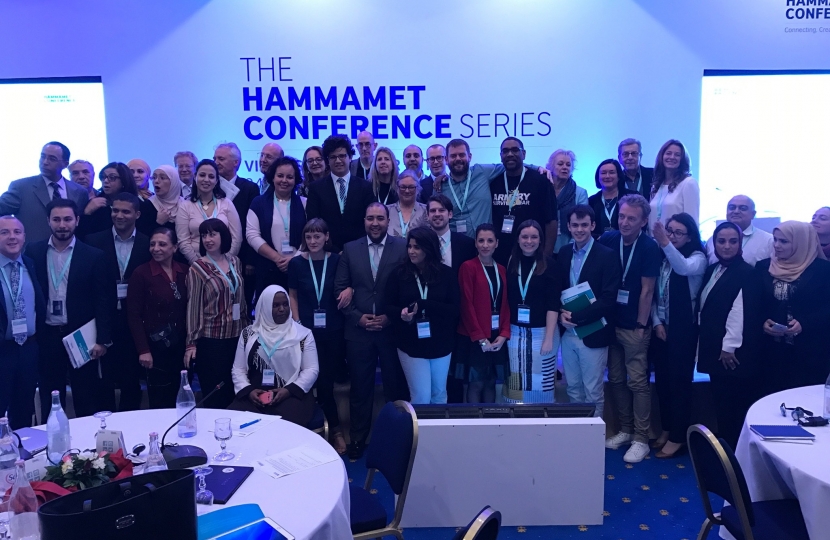 The continuing war in Syria, instability in Libya, major terrorist attacks in many countries, and the UK's changing relationship with the European Union were the backdrop for this year's Hammamet conference. Organised by the British Council the Hammamet Conference is the only forum that brings together established and emerging business and political leaders from Algeria, Egypt, Libya, Morocco, Tunisia and the UK. I was lucky enough to be invited and got the opportunity to introduce a session on political and economic reform where we focused on equality as a means of improving democratic representation and political engagement.

The format of the conference was very interactive and the delegates considered political and economic reform through engagement, overcoming inequality and using sports, arts and culture to drive change. Through a strong network a delegates we got the opportunity to debate the political and economic challenges in North Africa and the UK, post Brexit and share ideas of visions for a better future.