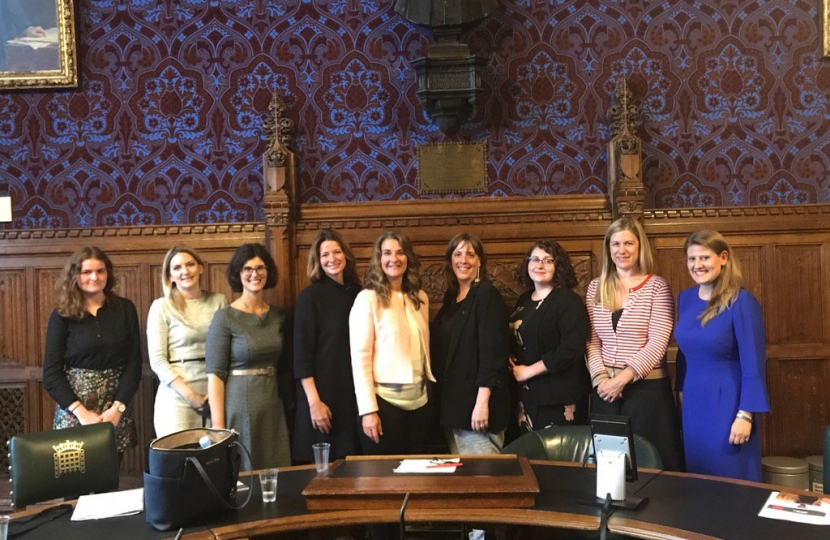 Gillian recently hosted a roundtable discussion headed by Melinda Gates, American philanthropist and wife of the Tech Giant, Bill Gates. Others taking part in the discussion included Anja Langenbucher, director of the European team at the Bill and Melinda Gates Foundation (BMGF), as well as Theo Clarke, the Conservative candidate for Bristol East, and Director of Conservative Friends of International Development (CFID).

The discussion focused on the work of the BMGF and CFID, including topics such as obtaining family planning in developing countries and how to tackle diseases such as Polio and Ebola. For Melinda Gates, family planning is vital in increasing the educational and economic opportunities for women, something which Gillian is passionate about, being the Director of Women2Win, an organisation aimed at increase opportunities for women.

An emphasis was put on the importance of foreign aid, especially from the UK, as the government has pledged to give at least 0.7% of the GNI to foreign aid. This makes the UK one of only six countries that’s has met or exceeded the UN foreign aid goal. Foreign aid from the UK will provide voluntary contraception for 20 million women and prevent the trauma of 75,000 still births.

Foreign aid is a topic that many disagree on, whether they want to increase or decrease the amount given to other countries. By hosting this discussion, Gillian aimed to call attention to the importance of it and to show that only a very small percent of the countries GNI can have a very significant impact on the lives of millions of women in developing countries, and help to create new opportunities for these women that they wouldn’t have had if it was not for the aid from other countries such as the UK.