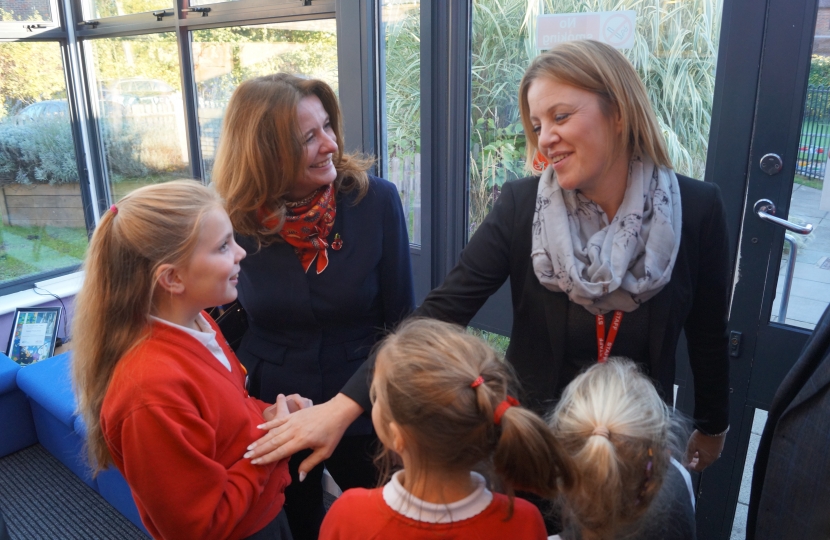 After a lengthy campaign by headteachers and West Sussex MPs, schools have secured increased funding.

Gillian Keegan, Chichester’s MP, said she was ‘delighted’ by the Prime Minister’s announcement of an extra £14 billion for schools, the largest single investment since 2010.

Since becoming an MP, Mrs Keegan has been lobbying the Government for increased funding for local schools, along with other West Sussex MPs, for the past two years.

The group has held several meetings with the Minister of State for Schools, and various Secretaries of State for Education.

In a letter to the Chichester MP, Education secretary Gavin Williamson said: “This investment will benefit every school – with particularly significant gains for the lowest funded schools.

“It will ensure that per-pupil funding for all schools can rise at least in line with inflation next year; and faster than inflation for most.

“Those schools that are already attracting their national funding formula allocations can expect significant cash increases of four per cent per pupil on average.”

In Parliament, Mrs Keegan has called for an increase in funding for local schools that are historically underfunded.

The MP has spoken in several debates highlighting specific areas where funding is needed such as in small, rural, primary schools.

On receiving a letter from the Secretary of State, Mrs Keegan said: “This funding is desperately needed. I have met with almost all of our school headteachers, and I have been echoing their calls for more money to my Government colleagues.

“All of the West Sussex MPs will continue working with the Department for Education to get more detail on our exact settlement, in particular, special educational needs and disability (SEND) funding.

“In a recent letter from the Secretary of State I have been assured that Chichester will particularly benefit from increases. This fight is not over as we still need to secure more funding for Chichester Nursery and our FE College. I will continue to be a strong voice for our fantastic local schools.”

Cllr Louise Goldsmith, leader of West Sussex County Council, said: “I am delighted that our schools are to get this much-needed additional funding.

“We have worked very hard over the years to get the message across that schools in West Sussex are underfunded and this announcement shows that the Government has listened to us.”

Gillian has been working to secure more funding in schools across the Chichester constituency.