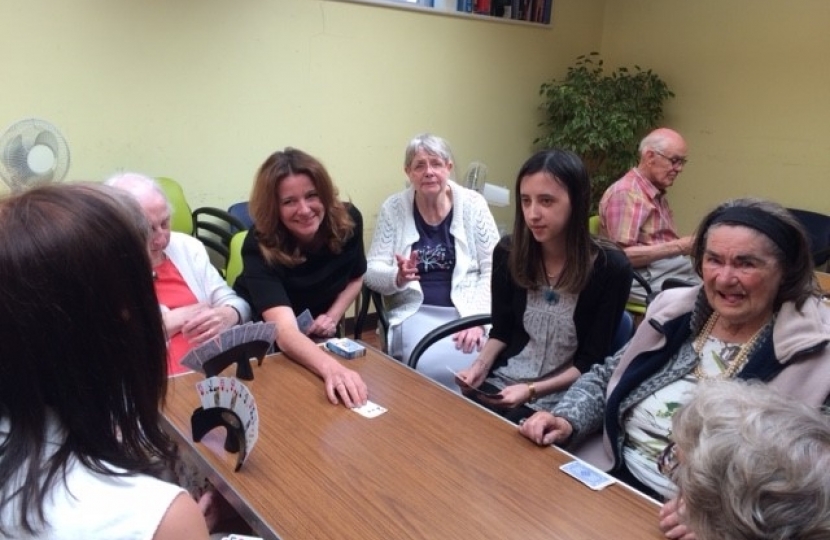 Gillian Keegan MP spoke this week in a Westminster Hall debate entitled, ‘improving the lives of people with dementia.’

In her speech Gillian spoke of her personal experience with the illness as her both her grandmothers suffered from the disease. The MP’s contribution to the debate caught the attention of her colleagues and even attracted laughter as she told those in attendance a story about visiting her Nan saying:

I had just finished my first election campaign, contesting St Helens South and Whiston in 2015—as a Conservative—and wanted to show her my election leaflets. At the time, she was in the advanced stages of dementia. She looked at the photos and admired the different outfits I was wearing, but all of a sudden her face went as black as thunder when she realised I was standing as a Conservative. “That is not my party”, she exclaimed. I said, “Goodness, nan; you can’t remember what you had for breakfast but you still remember that you’re Labour.” I went on to reassure her that we had never agreed on politics, and she seemed happy enough with that reply.​

The Chichester MP highlighted some of the work done locally at Sage House, Dementia Support which is a unique, young charity based in West Sussex. They provide complete dementia services under one roof in a purpose-built facility Sage House, in Tangmere.   The site is the only dementia care hub of its kind in the country and offer a unique Wayfinding Service to support people living with dementia, their families and carers, through their entire dementia journey from pre-diagnosis through to end of life.

The charities Chief Executive, Sally Tabbner said: ‘We want people to live well with dementia in their local communities, and to raise awareness about this disease throughout the population and we are very grateful that Gillian Keegan MP has spoken about dementia and Sage House in parliament, raising awareness of our charity at a national level. We welcomed her to the opening of Sage House last year, and we are delighted she continues to support us and endorse the work we do.’

Gillian also raised the work of Careline, the only West Sussex based telecare monitoring service that provides technological solutions, like their ‘MindMe’ device. Which tracks the movements of people suffering with dementia, offering peace of mind to patients, carers and their families.