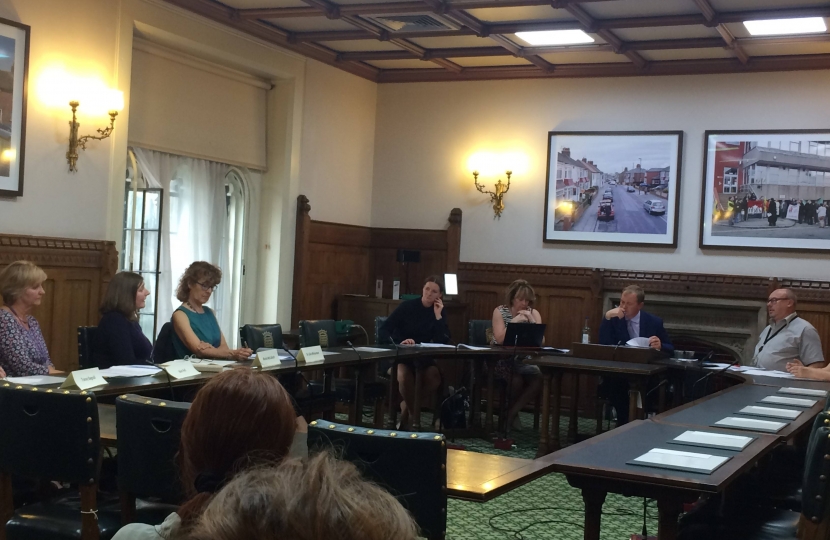 Gillian Keegan MP attended the All-Party Parliamentary Group for Radiotherapy’s (APPGRT) second evidence session in Parliament this week as the group's co-founder and Vice-Chair. It was the second, and last, session held by the Group before they write a report to summarise concerns raised with the current radiotherapy cancer treatment programme along with recommendations for Government.

Evidence was given by senior members of NHS England, NHS Supply Chain and Health Education England. The MPs in attendance posed their concerns to the panel many of which were raised in a previous evidence session with industry professionals, hospital trusts, cancer centres and charities.

Radiotherapy technology is highly advanced and requires significant digital networking and IT infrastructure. This was one area highlighted as needing significant improvement by industry professionals in the previous evidence session, along with calls for better commissioning of more advanced therapy techniques such as SABR. Gillian raised these points saying, ‘the technology is there, but we are not utilising and embracing it. It could move the dial on cancer outcomes.

She went on, ‘there is a massive opportunity here which is being missed, particularly if you have cancer right now. […] If we get this right it will be a win, win, win.’

Gillian expanded her point emphasising that improving IT infrastructure, networking and commissioning would save time, money and improve patient outcomes. Her comments were then echoed by other the other MPs present.

Gillian also asked about the current geographical locations of radiotherapy centres as West Sussex is not home to a single linac machine. There was a lively discussion surrounding this issue. The APPG Chair Tim Farron MP, who has a similar absence of services in his area said that where new centres opened there was a 20% increase in expected demand.

Another question posed was around the procurement of linac machines. The APPG is calling for a rolling-centralised fund to purchase these machines given their 10-year lifespan. This was a point that was well received by the NHS supply chain representative present. However, the point was also made that £130million has been invested in 2016/17 to modernise radiotherapy across England.

In recent weeks, the group has had some successes having met with the Minister of State for Health, Stephen Hammond MP, and the Chichester MP’s recent question to the Prime Minister, Theresa May during PMQs.

Next week they will continue their work in raising the profile of the issue as the group have managed to secure a debate in Parliament.

Gillian is serving as the Vice-Chair of the All Party Parliamentary Group on Radiotherapy who are working to provide an effective voice for radiotherapy and improve access to radiotherapy for cancer patients, ensuring no-one had to travel more than 45 minutes to their nearest radiotherapy unit.

Chichester College put the hard work of its students and staff in the spotlight for Colleges Week, which culminated in a visit from Chichester MP Gillian Keegan on Friday (23 October).