Welcoming Ukrainians in their time of need- Chichester Observer 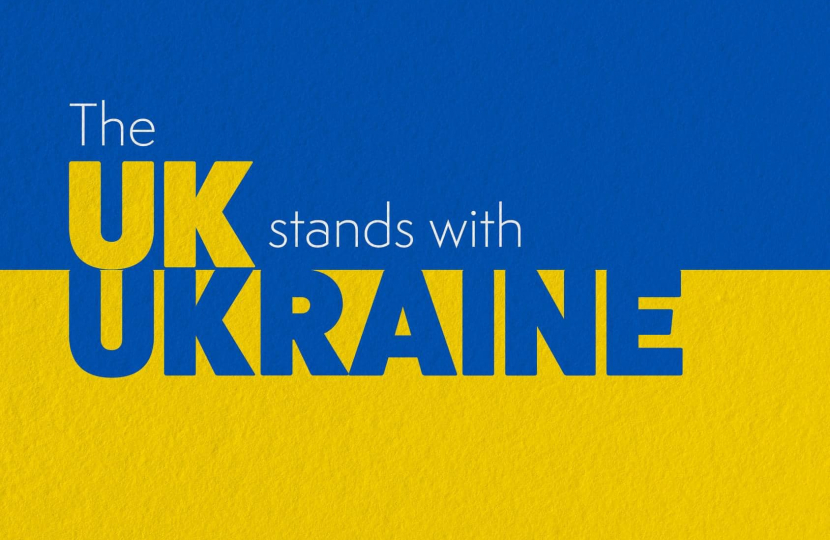 I hope you all had a lovely Easter holiday weekend and enjoyed the sunshine. My return to Parliament on Tuesday kicked off with Health and Social Care Questions, which is when, as Ministers, we’re questioned and scrutinised by Parliament. It is hugely important that we hold our Government to account publicly and transparently, however, when you are the one in the firing line at the despatch box it is rather nerve-wracking.

Straight after, the Home Secretary gave a statement on our plan for tackling illegal immigration and people smuggling. At present, criminal gangs are profiting from people’s desperation. There are countless tragedies where people are being sold a dream but living a nightmare, packed into shipping containers, lorries, or small boats – and sadly some people die making the journey. These people are being smuggled into the UK illegally and in most cases from a safe EU country, like France. The smugglers are, more often than not, part of a wider criminal network involved in modern slavery, people trafficking, and sexual exploitation. The Migration and Economic Development Partnership with Rwanda will mean some people who enter the UK illegally, may have their asylum claim considered in Rwanda with a view to receiving the protection they need in Rwanda if their claim is granted. Both the EU and UN resettle people in Rwanda and of course, those who do settle there will receive support with healthcare, education, and help to get a job.

This is not to be confused with our work to support people in need of protection. The UK provides safe and legal routes, already welcoming over 185,000 men, women, and children seeking refuge since 2015.  This is more than any other comparable scheme in Europe and includes almost 100,000 people threatened by draconian security laws in Hong Kong, 20,000 via the Syrian scheme, 13,500 from Afghanistan, and around 56,000 Ukrainians. Last week I met with Chichester District Council Leader, Cllr. Eileen Lintill, and the Council’s CEO, Dianne Shepherd, where we discussed the incredible generosity of local people. Our area is welcoming over 180 Ukrainians fleeing the conflict with more than 160 sponsors coming forward to help our European neighbours in their time of need.

Tackling these issues is deeply challenging and there are no easy answers, but what is clear is that we must take action to break the business model of the criminal smuggling gangs, protect the lives of those they endanger, and ensure continued support for vulnerable people.

The people of the United Kingdom are standing with Ukraine. Across the country, everyone wants to do their bit to support those who have been forced to flee their homes because of the conflict. Here is how you can help

CHILDREN ON THE EDGE