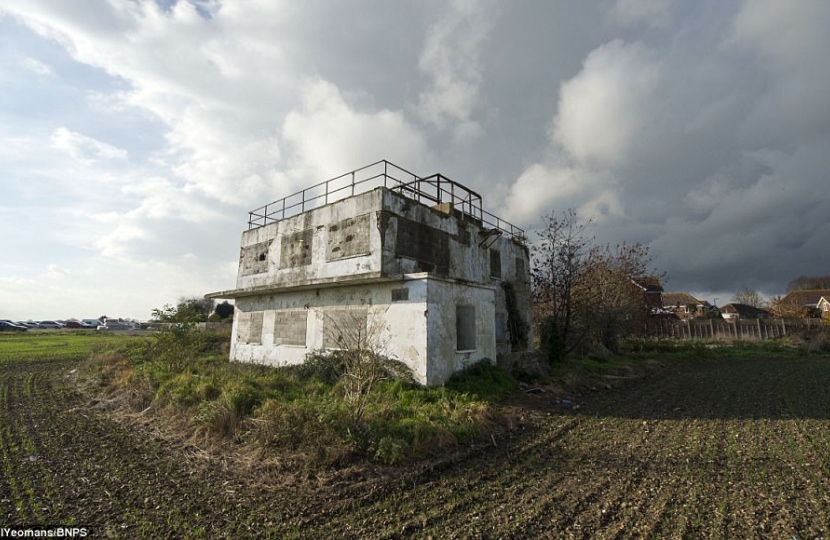 Fundraising is set to start to help restore Tangmere’s iconic air control tower. The Save Tangmere Tower campaign has taken off since it launched last November, with supporters including MP Gillian Keegan, historian Paul Reed and TV ‘history guy’ Dan Snow. Now the project team has registered a community interest company to crowdfund £10,000 to start a survey of the site this year, in line with the 100th anniversary of the Royal Air Force. Tangmere parish councillor Matt Gover-Wren, who has been leading the campaign, said: “We’re making wonderful progress. It’s humbling to see so much enthusiasm and passion for this project.
“The centenary seemed the right time to start this fundraising process, given the tower’s prominence in RAF Tangmere’s history. “After all, it was the beacon that guided our men and women home.”

The control tower is one of the last remaining structures in the village that connects Tangmere to its Second World War history as a vital airbase that played a role in the Battle of Britain, SOE operations and D-Day. After falling into disrepair, the Grade II listed tower was placed on the heritage-at-risk register in 2015.

Now campaigners are hoping the tower can be returned to use as a community space, marking the area’s special heritage for generations to come.It is hoped the initial funds will help secure the site and facilitate a conservation architect and building survey. Further rounds of fundraising for the more advanced stages of the project will follow, with the aim of putting in a bid for heritage lottery funding through a partnership of various groups, including Tangmere Military Aviation Museum, Tangmere Local History Group and the University of Chichester.

A fundraising page is available through JustGiving at: https://www.justgiving.com/crowdfunding/tangmeretower

Save the Tangmere WW2 Control Tower