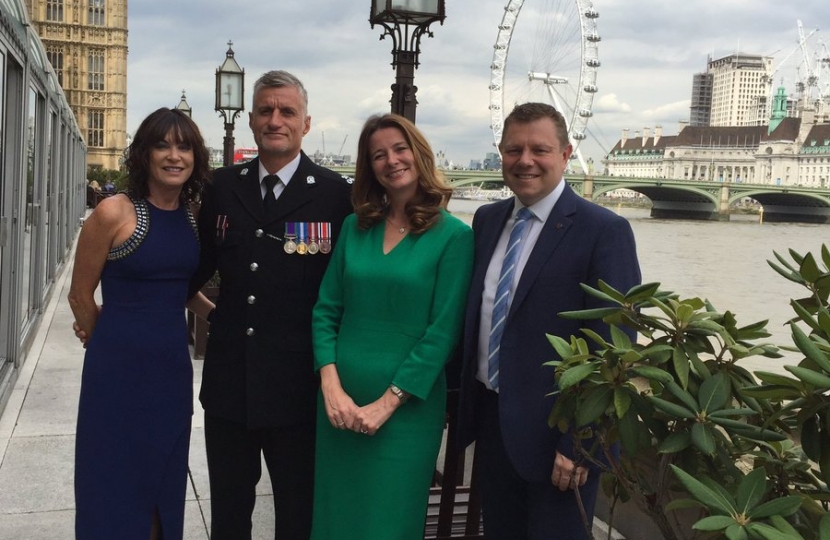 Gillian took PC Neal Skinner, his wife and John Apter, Chairman of the Hampshire Police Federation to lunch on the House of Commons Terrace. PC Neal Skinner was nominated from the Hampshire Constabulary for the Police Bravery awards as he saved a man drowning in December 2015 after he jumped off the Langstone Bridge. PC Skinner is Gillian’s constituent and prior to attending the ceremony in the evening also went to visit Downing Street in the afternoon.