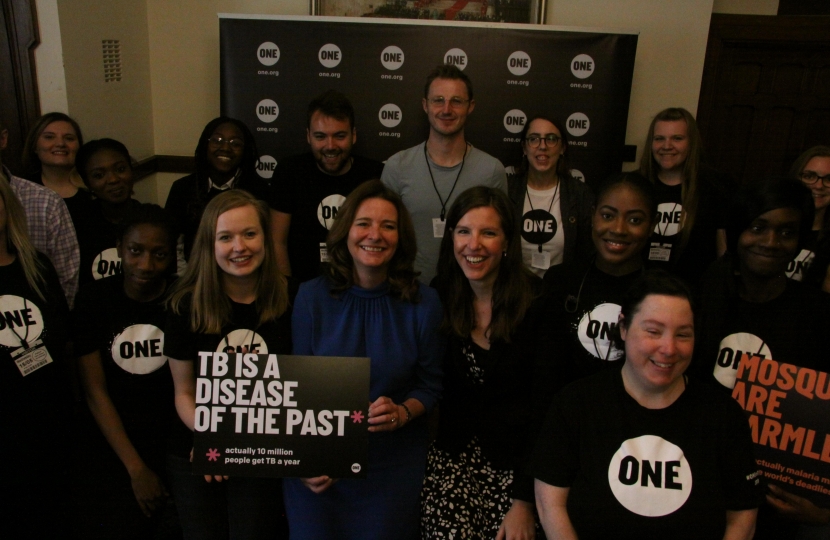 Gillian Keegan, MP for Chichester, hosted more than 30 youth campaigners at the Houses of Parliament for an event on global health.

The ‘Youth Ambassadors’, from anti-poverty group The ONE Campaign, heard from Ms. Keegan about the importance of health around the world and what the UK does to support others.

Speaking about the event, Ms. Keegan said: “It was fantastic to talk with the Youth Ambassadors.  Their passion for the UK’s role in the fight against killer disease, and how they’re willing to get up and make sure people in Parliament like me know how much they care, is impressive.”

The event was part of a ‘day of campaigning’, which the Youth Ambassadors were taking part in. The young campaigners met with MPs from across the political spectrum to highlight the importance of health.

A main theme of the day was the Global Fund to Fight AIDS, TB and Malaria, which will host its replenishment conference later this year. If the Fund reaches its target and is fully supported by donors it will save 16 million lives.

Romilly Greenhill, UK Director of ONE, said: “We’d like to thank Gillian Keegan MP for taking the time to speak with our Youth Ambassadors. The reason they are so motivated to campaign for change is because they hear from Politicians who tell them they can influence the world around them!”

Covid-19 News: A further £64,000 is invested in Social Prescribing service

A service which supports GP patients with ill-health caused by non-medical issues will continue for a further four years.