Gillian continues work to save The River Ems 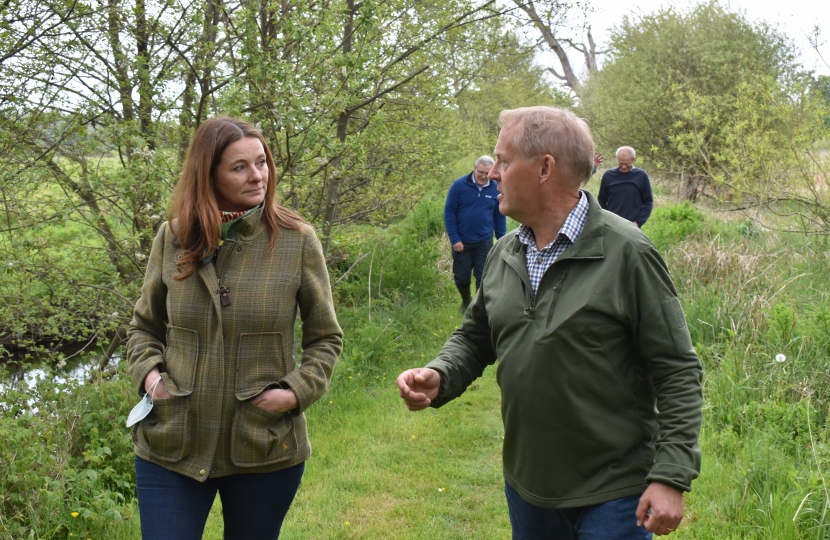 Gillian has continued her support for the Friends of the River Ems community campaign this week. In a meeting with the water regulator, Ofwat, on Friday the MP raised her concern with the over-abstraction of the river by Portsmouth Water Company. Gillian also enquired about the role of the Havant Thicket Reservoir that is due to be built over the coming years.

The MP along with members of the community are hoping it could be a long-term solution to the current rates of abstraction, which are damaging the river’s ecosystem. At present most of the water collected by the reservoir is planned to go westward to alleviate water pressures around areas like Southampton, however, the MP is calling for a portion to be used to relieve the River Ems.

Gillian has also written to Professor Colin Galbraith, Chair of the Joint Nature Conservation Committee, that advises the Government on issuing SSSI status (Site of Special Scientific Interest), on whether they would consider the rare chalk stream environment for protected status. In her letter, the MP outlined the importance of the river, as one of only 200 such chalk stream in the world. The river is also important as a wildlife corridor connecting the Chichester Harbour with and the South Downs National Park.

Gillian said, “The River Ems supports a rare and important ecosystem and acts as natures highway between the Harbour and the Downs. I am fully supporting the community campaign to reduce the current rates of water abstraction to protect the environment for generations to come. We are working on several approaches to safeguard the future of this environmentally important resource.”

The campaign to protect the River Ems is also supported by the areas County and District Councillors, Mike Magill and Roy Briscoe respectively. The three are due to meet with the community group The Friends of the River Ems, on Friday this week, where Gillian will hear from the community and have a tour of several sites along the River.

Gillian has also arranged to meet the Portsmouth Water CEO, Bob Taylor on the day to press the case for change. The MP has already written to Mr Taylor about the situation and welcomed the engagement from the water company so far.

Gillian is working with local councillors, Cllr. Mike Magill, and Cllr. Roy Briscoe, from WSCC and CDC respectively, as well as, the community to reduce the rate of water abstraction from the River Ems, that runs through her constituency.