Funding approved for next stage of council’s Against Litter project 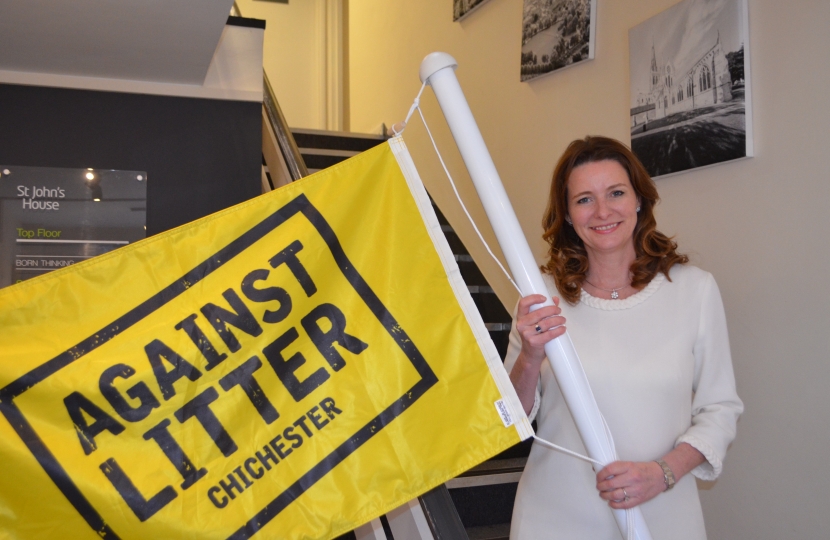 Funding for the next stage of a successful project to reduce litter and fly tipping across Chichester District has been approved by leading councillors.

“Our Against Litter campaign has been extremely successful, with a reduction in litter and cleaner streets throughout the district,” says Councillor Roger Barrow, Cabinet Member for Residents’ Services  at Chichester District Council. “We are extremely grateful to residents, businesses and visitors who have signed up to our Adopt an Area and Green Dog Walkers schemes. So far 163 areas have adopted and more than 300 people have signed up to Green Dog Walkers scheme which is fantastic.

“Just one example of the difference it has made is from a resident who contacted us about a littering problem in their street. As part of the campaign we put up some special signs, reminding people that littering is an offence and can attract serious fines. Since the signs have been in place this resident has said that the problem has reduced significantly, which is excellent news.”

Councillor John Connor, Cabinet Members for Environment at Chichester District Council says: “The next stage of the campaign will be to focus on fly tipping.  This will include highlighting to tradespeople when they need a waste carrier licence in order to remove waste from a resident’s property. We’ll also be educating households about the importance of checking that they are using a legal, registered waste carrier when disposing of DIY waste materials and other household waste.

“We also want to work with local DIY stores to share these messages with both tradespeople and households and encourage people to consider how they will be disposing of their waste.

“Fly tipping is a real blight on our environment and we spend tens of thousands of pounds clearing illegally dumped and hazardous waste from across the district. This is money which could be spent on providing other, much needed services. We are aiming to get this new project underway in early 2019 and we hope that the public will be as supportive as they have been so far.”

A key part of the strategy is enforcement, to back up the education work that has been taking place.

“The public have been clear that they want enforcement to take place and we are pleased fly tip enforcement and the arrangement with East Hampshire District Council for litter enforcement will be continuing,” adds Cllr Connor. “So far during the trial, we have issued 1,325 fixed penalty notices and prosecuted 47 people. We want to make it absolutely clear that we will take action against those who litter and spoil our beautiful district.”