Covid-19 News: 1 in 8 people in England have now been tested for coronavirus 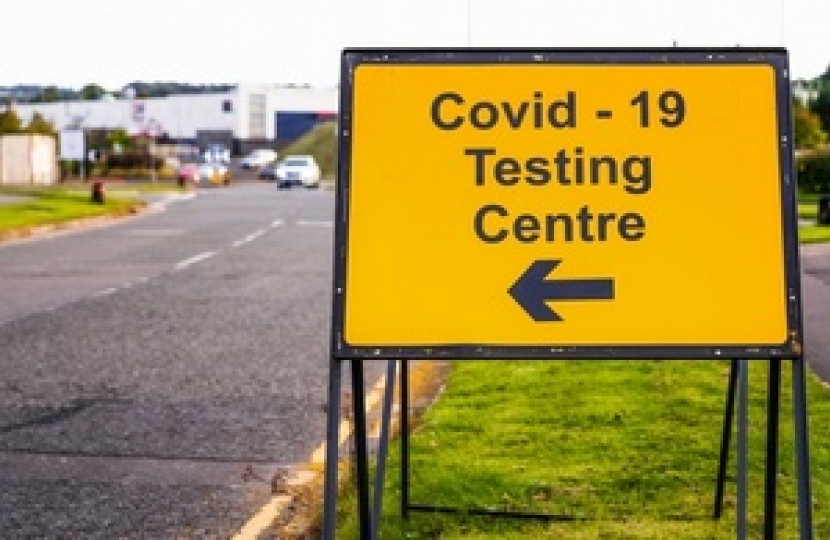 1 in 8 people have now received a coronavirus test at least once since the launch of NHS Test and Trace on 28 May.

With close to 500 testing sites now operational across the UK, people with coronavirus symptoms are now travelling shorter distances to get tested, with the median distance just 4.3 miles, down from 5.2 miles the previous week.

The number of people testing positive this week has increased, with NHS Test and Trace continuing to reach the majority of positive cases and their contacts. This week the service successfully reached 71.3% of people who tested positive and 83.7% of contacts where communications details were provided.

As demand grows, capacity is also increasing. In the latest week pillar 1 and 2 testing capacity has increased by 8% to 1,797,894 tests since the previous week – a 25% increase since mid-August.

Work continues to expand testing capacity across the UK, to reach a target of 500,000 tests a day by the end of October. In addition to the growing Lighthouse Lab network, the introduction of partnership agreements with the public, private and academic sectors will see capacity grow by tens of thousands of tests in the coming months. Birmingham University has been announced today as one of the first of those lab partnerships to come online, with more partnerships to follow.

NHS Test and Trace has now reached more than half a million people, including those testing positive and their contacts, to slow the transmission of coronavirus in England.

While the COVID-19 app, which was launched last week, has been downloaded more than 14 million times, with 6 million downloading it on the first day.

One in eight people in England have now received a test at least once and with nearly 500 testing sites across the UK, the median distance to a test site is now just 4.3 miles. These are achievements in which everyone involved can be immensely proud.

We are continuing to work tirelessly to increase capacity and make tests as accessible as possible. Our new lab partnership with Birmingham University is another example of how the public, private and academic sectors are working together to meet our target of 500,000 test capacity a day.

In the meantime, NHS Test and Trace has now reached more than half a million people and advised them to self-isolate – and in the past week more than 14 million people have downloaded the new COVID-19 app, all of which will help break the chains of transmission.

Professor Alan McNally, Director of the Institute of Microbiology and Infection at the University of Birmingham, said:

I am very excited that we can be part of the extension testing that will provide a needed boost to national COVID-19 testing efforts. Universities like Birmingham are perfectly placed to provide the expertise required to make this happen and I am confident we can make a significant contribution to COVID-19 testing and containing virus transmission in this country.

The guidance for testing remains in place, with only those experiencing symptoms eligible for tests. Symptoms of coronavirus are:

In response to unprecedented demand, a list of priority groups has been published outlining how the government is managing capacity to protect the most vulnerable, protect the economy and manage outbreaks, with only those experiencing symptoms eligible for tests. Prioritised groups include NHS patients and workers, care home residents and staff, teachers and areas of high prevalence. People requiring tests are advised to make an appointment, with new slots available throughout the day.

The new NHS COVID-19 app has also been launched, with people across England and Wales encouraged to download it to help control transmission alongside national and local contact tracing. The app uses low-energy Bluetooth to log the amount of time you spend near other app users, and the distance between you, so it can alert you if someone you have been close to later tests positive for COVID-19 – even if you don’t know each other. The app has been designed with user privacy in mind, so it tracks the virus not people, and uses the latest in data security technology to protect privacy.

The weekly statistics from the 17th week of NHS Test and Trace show in the most recent week of operations (17 to 23 September):

Statistics from the 17th week of operation of NHS Test and Trace show that since the service launched:

Chichester District Council has written to the Government urging it to reconsider the way it calculates housing targets under its proposed changes to the current planning system, planning policy and regulations.