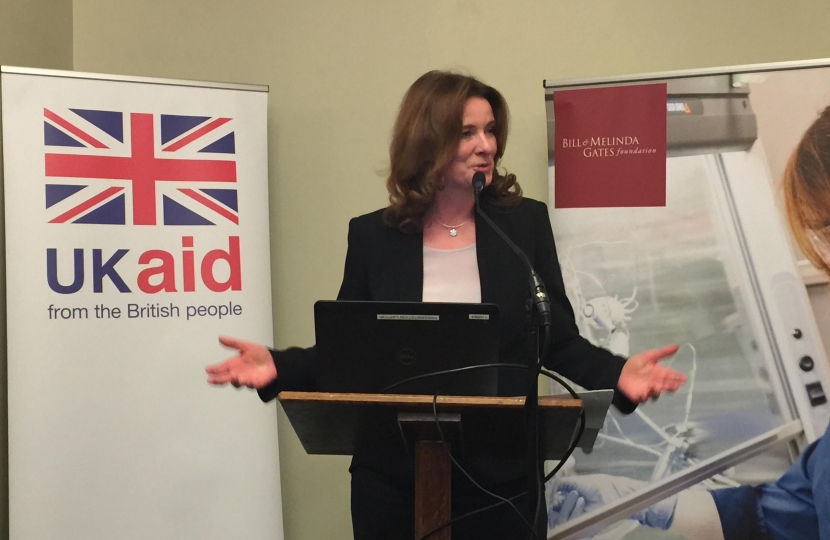 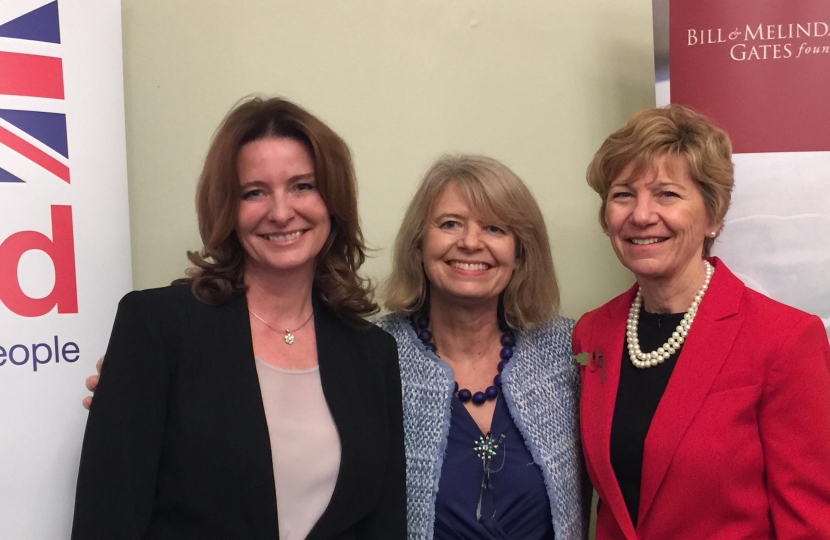 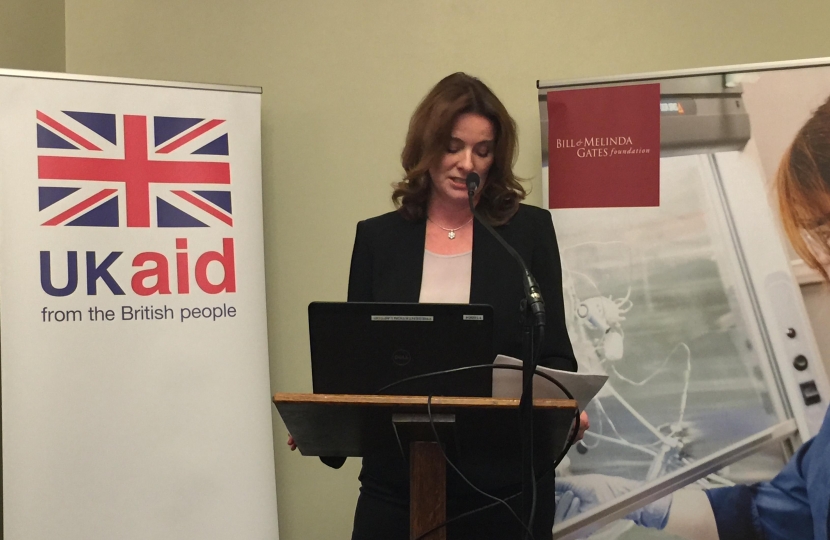 Gillian Keegan MP was the host for a gathering of over 50 world-leading British scientists in the House of Commons on Monday 12 November.

As Co-Chair of the All Party Parliamentary Group for the UN’s Sustainable Development Goals, Gillian welcomed scientists from all around the UK to meet their MPs, and explain how they are working to solve some of the most difficult problems that face the world – from beating infectious diseases to dealing with the effects of climate change.

Gillian was joined at the event by Harriet Baldwin MP, Minister of State at the Department for International Development (DFID), who oversees UK research funding directed at solving the most pressing problems across the globe.

Also speaking at the event was Dr Sue Desmond-Hellmann, Chief Executive of the Bill & Melinda Gates Foundation, which is investing over one billion dollars in UK research alongside DFID, in recognition of the world-leading role that British universities, research institutions and private companies play in solving these global problems.

Guests heard from two exciting scientific partnerships between the public and private sector. The Innovative Vector Control Consortium, based in Liverpool, is creating new products to protect people around the world from the insects that spread diseases like malaria, dengue and zika. Meanwhile in Edinburgh the Global Alliance for Livestock Veterinary Medicines is helping farmers in both Africa and the UK to improve health and productivity.

In her remarks at the event, Gillian Keegan MP said, “We have strong cross-party support in this House for the leading role that the UK plays in trying to combat poverty and disease around the world, and in meeting the commitments of the Sustainable Development Goals. One of the areas where we know that the UK makes an outsize contribution is in the strength of our research and scientific sectors working on development.”

The DFID Minister discussed the important impact that British research is having in numerous areas to tackle poverty around the world, including combating foodborne disease. She highlighted the UK’s leading role especially in tackling malaria, tuberculosis and HIV/AIDS. The event also showcased the powerful partnerships between the Government and other leading actors in this space, including the Bill & Melinda Gates Foundation.

Sue Desmond-Hellmann underlined why the Bill & Melinda Gates Foundation wants to work together with UK Aid: “Our partnership with DFID is so strong because we share a determination – not only to support solutions for the most pressing problems facing the world’s poorest – but also to make sure they reach the people who need them.”

Gillian Keegan said: “I am delighted that the Bill & Melinda Gates Foundation continues to make such substantial contributions to UK science and development. Because of the UK’s partnership with the Gates Foundation, and the UK’s long-established research institutions, we are able to make scientific advances and continue to do great work which saves lives across the globe”.