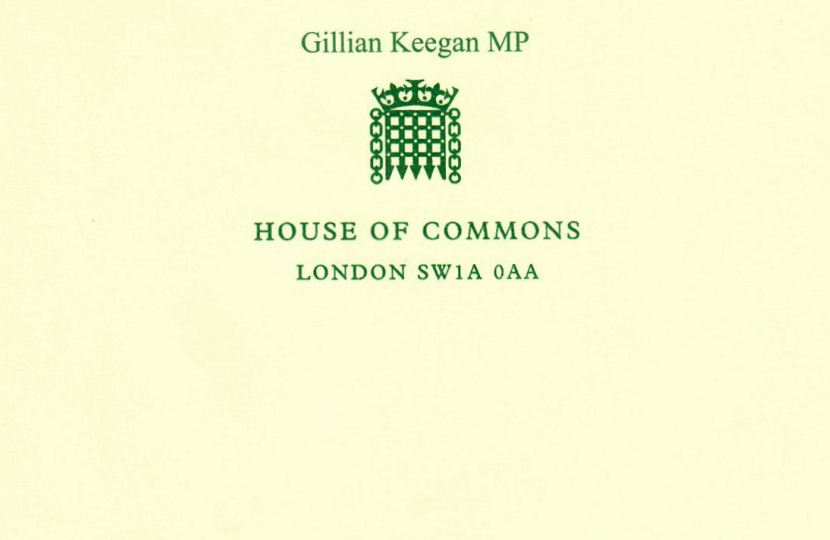 In a recent letter to the new Chief Executive Officer of the University Hospitals Sussex NHS Foundation Trust, Dr George Findlay, Gillian explained that “there are no linear accelerator machines (LINAC) in the whole of West Sussex.”

These machines are used in over half of all cancer treatments, and currently, local people have to travel to neighbouring counties for treatment. When Gillian entered parliament, she co-founded a cross-party group on radiotherapy to ensure improved access to this vital treatment across the country and specifically in Chichester.

Gillian’s letter references her previous work on this issue with the former trust CEO, Dame Marianne Griffiths – who had provided assurances that the trust was seeking support for the development of such a service in Chichester. Gillian has offered her ongoing support to Dr Findlay moving forward. 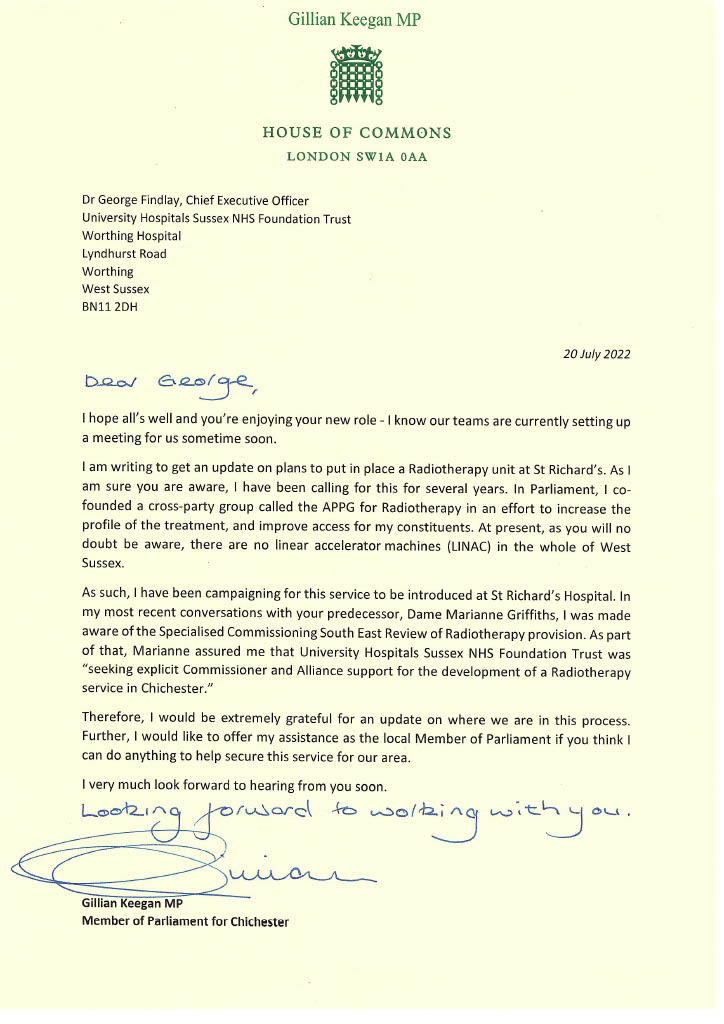