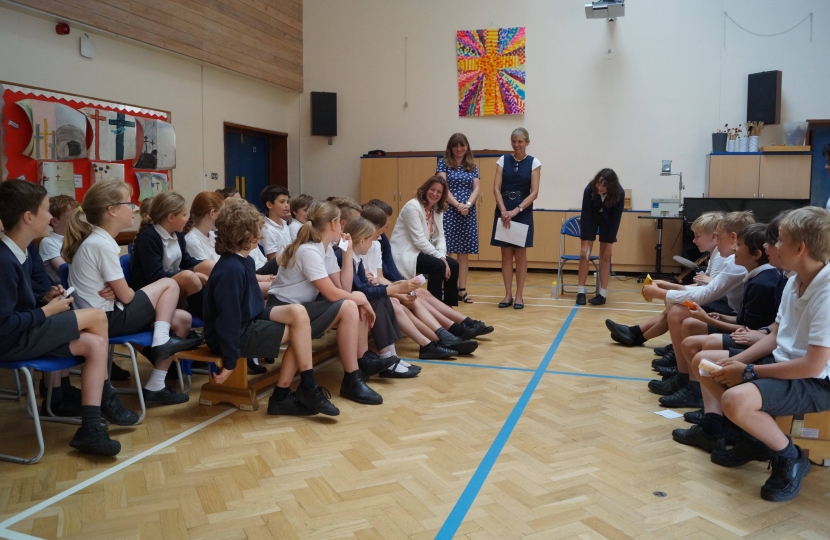 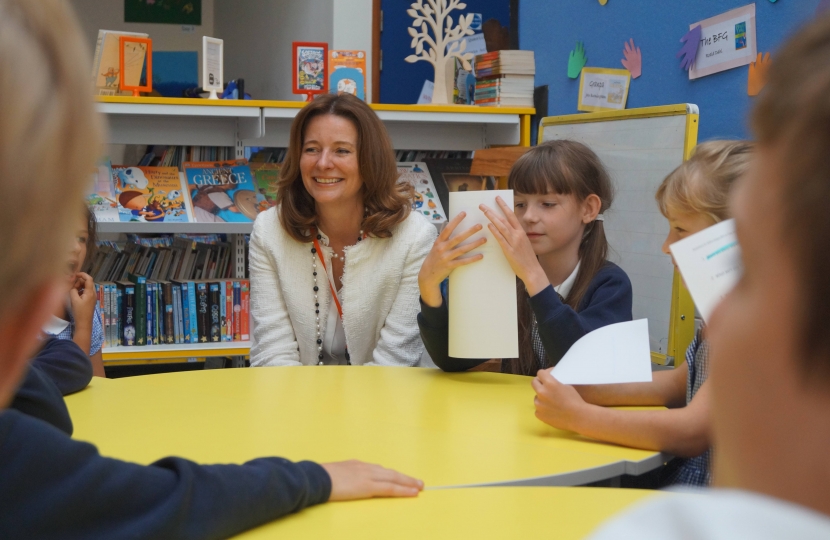 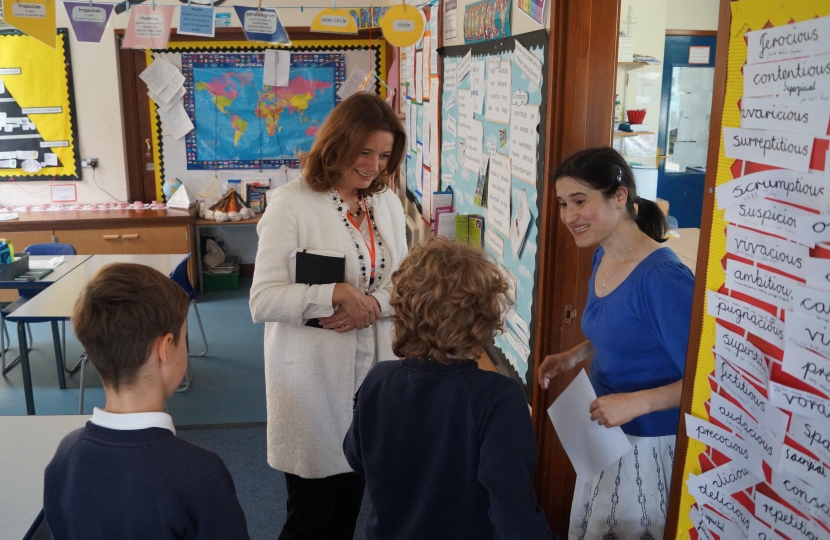 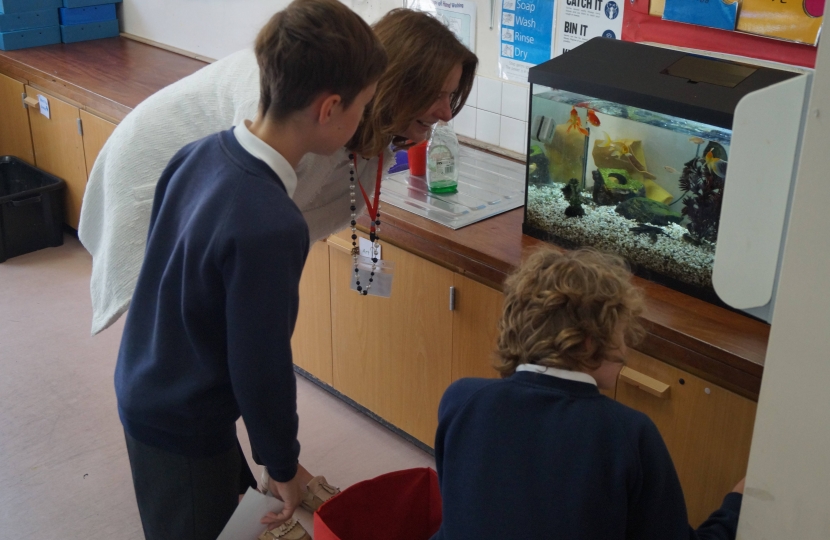 Gillian Keegan MP visited Harting CE Primary School on Friday 15th June. The Chichester MP was shown around to school by two pupils and told about each year group and what the pupils are studying. The Chichester MP was introduced to each of the year groups class pets. From tadpoles, to a selection of goldfish, each individually named, and a pair of Chickens one of which was whisked out of a class room having managed to break in during break.

Over the week leading up to the MPs visit, the school had been studying the role of Parliament, learning about how laws are made and what goes in in the Palace of Westminster. Their work was put to good practice as Gillian was taken into the school hall that had been set up in the style of the House of Commons chamber. Gillian received a promotion and was asked to play the role of Prime Minister, so she took her place on the front bench.

Questions were thrown at the MP from both benches on key issues like improving our environment by tackling plastic and air pollution, and whether we should increase taxes to pay for road investment. Gillian’s answers were well received with both sides of the House, calling “hear, hear”, although by far the loudest cheer of support came in the question on improving animal welfare. The speaker, a year six pupil, kept the chamber on good order, quoting some of Speaker John Bercow’s more famous quips used in the Commons.

The Chichester MP was then asked more questions by the School Council, comprised of two elected representatives from every year. These pupils were keen questioners as they also get to interview perspective teachers when the school takes on new members of staff.

Gillian thoroughly enjoyed her visit to the school, saying, ‘it is amazing to see kids that are so engaged in politics, and thinking about the big issues we face today. The children at Harting Primary were incredibly confident and clearly excited to debate, several of them could add a lot to the green benches in years to come. The children there are a testament to the hard working, creative teachers who are clearly inspiring their pupils.’

Gillian has been working to secure more funding in schools across the Chichester constituency.