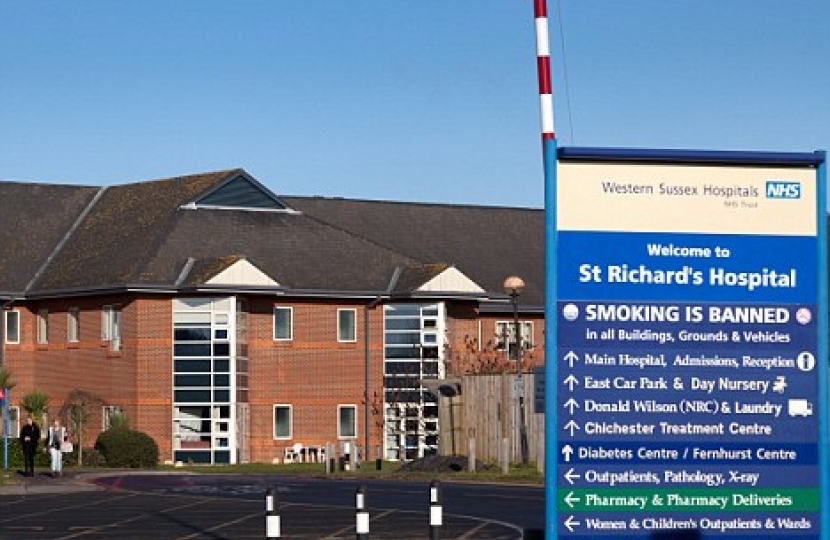 The Western Sussex Hospitals NHS Foundation Trust is one of only three acute trusts in England to receive the highest rating over the past year.

Chief executive Marianne Griffiths said it was an "acknowledgement of the exceptional service" provided by staff.

CQC inspectors praised the trust for its "outstanding care and treatment to the community it served".

They said "many examples of very good practice across all areas" had been seen during four inspections in December.

Key findings included "an embedded culture" of learning from incidents, an improvement in infection control ratings for the sixth successive year, a clear and consistent focus on safety, and demonstrably delivering care based on the needs of patients.

Areas where improvements were needed included a review in the levels of medical and nursing staff on each shift in critical care and the grading of referrals within acceptable timescales.

Chief Inspector of Hospitals, Professor Sir Mike Richards, said the trust aspired "to be one of the best patient-centred services in the National Health Service, with a trust-wide mantra of patients first".

"Staff and patients who we met during this inspection spoke positively about the patient journey and the striving for continual improvement.

"We found a clear focus on quality improvement, innovation and safety, starting even before patients are admitted," he said.