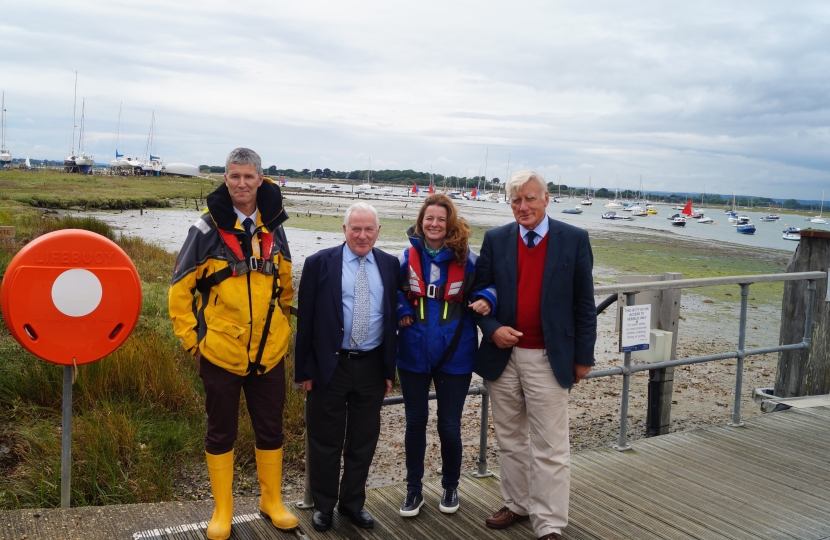 Safe to swim? Check for advisories before you swim - CLICK HERE

There are 3 wastewater treatment plants that discharge directly into the Harbour at Apuldram, Bosham and Thornham. These were upgraded in April 2008 so all treated sewage now receives Ultraviolet (except Thornham) and bacteriological treatment, and some of the nutrients are removed before the effluent is discharged.

Associated with Southern Waters sewage infrastructure, there are several pumping stations and combined sewage overflows, that can also discharge during storm conditions.

During heavy rain, local sewer networks can struggle to cope with the amount of water entering pipes and storage tanks.

When they fill up, we use pressure relief valves built into the network – known as storm overflows – to stop homes and businesses from flooding. These overflows release excess water through outfalls into rivers and the sea. Storm overflows are part of the design of the sewers and are regulated by the Environment Agency. They're used in areas where the sewers were built to carry both wastewater from homes and businesses, and rainwater from roofs, gardens and roads.

Did you know?
Storm overflow releases typically occur during periods of heavy rainfall and can be around 95% rainwater.

It has been wonderful to see how the community has come together to honour Her Majesty Queen Elizabeth II during this period of national grief. I want to express my sincere gratitude to all those who have supported the proceeding here in West Sussex and in the capital.

When asked by local newspaper The Argus: "What is the most pressing issue that has been raised by your constituents in recent weeks and what steps would you like to see Rishi Sunak or Liz Truss take when they walk into Number 10?"

Getting to grips with CSOs - Chichester Observer

Recent downpours after weeks of extremely dry weather led to Combined Sewage Overflows (CSOs) discharges returning to many areas across Sussex. CSOs are when diluted wastewater is released without full treatment into the environment.

Recent downpours after weeks of extremely dry weather led to Combined Sewage Overflows (CSOs) discharges returning to many areas across Sussex. CSOs are when diluted wastewater is released without full treatment into the environment.

Untreated sewage can be devastating to human health, local biodiversity and our environment which is why we have been clear that water companies must take urgent action to address sewage discharges.

MPs from across Sussex have written to Southern Water and the Environment Agency demanding that the Sussex waterways and coast ‘are respected and protected.’

In the letter, the MPs state “Once again, the rivers and coastline across Sussex are being blighted by the discharge of sewage”.

Learning how we handle our sewage and wastewater has been one of the more eye opening parts of being an MP, and something I never imagined spending so much time working on.