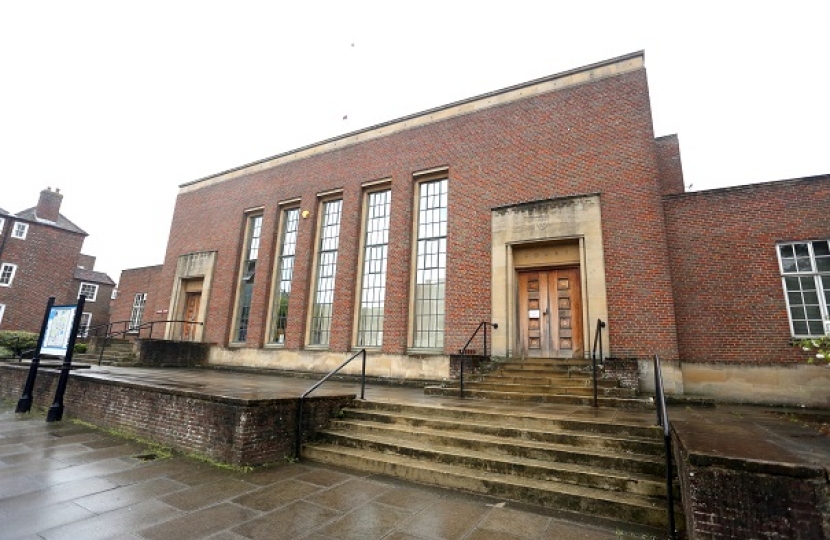 Update from her Majesty’s Courts and Tribunal Service

The below information from HMCTS follows the successful campaign led by Edward Cooke who was fully supported by, Gillian Keegan, in establishing an alternative arrangement within the City for cases to be heard.

Chichester Combined Court will close and cease to provide a public service from the 21 December 2018.

From this time all administrative work will transfer to the Worthing County Courts: Christchurch Road, Worthing, BN11 1JD

­­Following the official closure of the court some cases will continue to be listed for hearing at the Chichester District Council Building: East Pallant House, Chichester PO19 1TY. It is expected that the building will be used for 43 days per year initially, sitting in the Friday of each week.

Any enquiries concerning the Court Closures and/or future listings:

Since 2010, there have been two major court closure programmes: the then Her Majesty’s Courts Service’s (HCMS) Court Estate Reform Programme (CERP) and Her Majesty’s Courts and Tribunals Service’s (HMCTS) Estates Reform Project (ERP). The CERP resulted in 103 magistrates’ courts and 54 county courts being earmarked for closure. The ERP has led to 86 court and tribunal buildings to be scheduled for closure.

Edward Cooke is a family lawyer and mediator acting as the spokesperson for family law professionals group West Sussex Resolution. He has been leading the organisation’s campaign to keep essential justice provision in Chichester. This has been supported by Gillian Keegan MP, as well as leaders of both West Sussex County Council and Chichester District Council.

At present the Ministry of Justice is looking at an alternative Combined Court provision in Chichester to allow some of the court functions to remain in the City.

Local residents will continue to have access to justice now that rooms at Chichester District Council are being used for court sittings.

In accordance with the decision of the Lord Chancellor and following agreement on alternative provision agreements to be established in Chichester, Chichester County and Crown Court will close and cease to provide a public service from 21 December 2018.

Court provision to be retained in Chichester

Today the MP for Chichester received a response to a written question to the Secretary of State for Justice and Lord Chancellor , The Rt Hon David Lidington MP

Today Gillain Keegan MP received a response to a written question to the Secretary of State for Justice and Lord Chancellor , The Rt Hon David Lidington MP

THE BATTLE to keep court provision in Chichester took a new turn this week as it was revealed that a fresh proposal has been made for a continuing justice centre in the city.